A Review of "The IX" by Andrew P. Weston 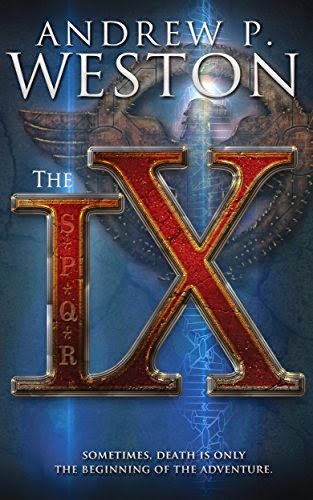 Thoughtful Fantasy With Breadth and Punch

As I was reading “The IX” I was reminded of “A Canticle for Leibowitz.” It was more of a shadow correlation because it was about fifteen years ago that I read “Canticle,” but the enduring trait of that novel is its breadth. You get a sense of the passage of time and the enormity of the universe and this sensation also applies to “The IX.”

First of all, the concept of “The IX” is fantastic. The idea of gathering up warriors from different ages and throwing them into a fight for their life is the kind of starting point most sci-fi/fantasy fans will jump at. The only drawback of an idea like this is realizing it in a way that doesn’t appear campy or contrived. If the author rushes to get to the punch, the effect is cheapened. However, Andrew Weston is too skilled an author to fall into this trap. The mechanics of this book are rock solid, and Weston stays true to the established rules.

The first quarter of the book details the backgrounds of the various protagonists who will populate the novel. The reader gets to spend significant amount of time with all of them in their native setting. These moments are not rushed, and the presence of significant back story sets up the suspicion that there is an interconnectedness of fate which causes the actions of their past to impact the future. However, this theme isn’t applied in a “Cloud Atlas” kind of way, it’s just a lurking presence that adds spice to the whole experience.

I thoroughly enjoyed this novel. It has enough action to keep you entertained and turning the pages on a first reading, and enough subtext to make you want to revisit it again and again. Andrew Weston is a skilled storyteller and his work shows the polish of an experienced craftsman (with minimal search I found many examples of his writing published with “Amazing Stories”). 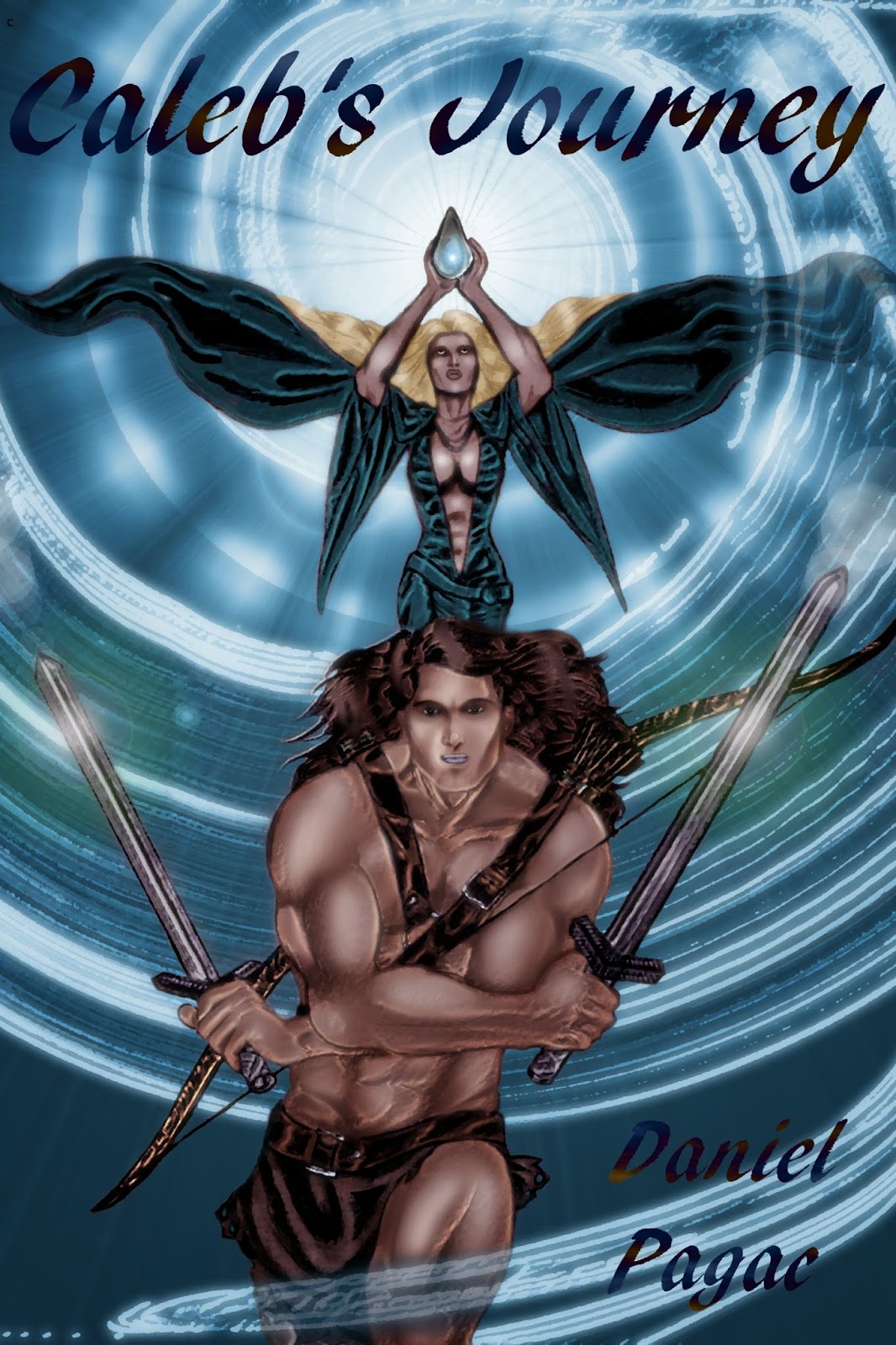 Can you tell us a little bit about Caleb’s Journey?

An ancient artifact, Uua's Tear, has been stolen and has fallen into the sinister clutches of the Lord of the Undead, Xerax. Acquired for him by his heartless henchman, Nostarius, the dread vampire, Xerax must unlock its secrets to enslave mankind.

Upon returning to his homeland after years of exile, Caleb Hart is thrust into the middle of a group of adventurers and the knights of the Honor Guard, charged by the Light King, Victor IV with retrieving the invaluable and powerful magic item that contains a tiny drop of the divine essence of the world's deity.

In the meantime Xerax, who it is said cannot be harmed by any weapon or spell, has raised an army of undead legions and has joined forces with the armies of the ogres and gnolls. Together they are marching upon the human stronghold, Attalis. Follow Caleb as he changes from his barbarian nature, overcomes his internal struggles, and attempts to restore his family's honor.

What's your background in writing?

I earned my B.A. in English and have written numerous short stories, unpublished comic books, literary analyses, and essays.

Who are your inspirations/influences?

Charles Dickens writing style has no parallel in my opinion. Margaret Weis and Tracy Hickman inspired my fantasy writing. Years of playing Dungeons and Dragons fueled my passion for fantasy.

It has taken more time than I anticipated. The book went through six edits. I highly recommend the program named “Ginger”. It proved to be an excellent editing tool. You think when you are done typing that the novel is complete, but that is just the beginning.

Who was responsible for the cover/book design?

My brother’s partner, Michael Rojas. I funded it with money from Kickstarter.com and took several bids and looked and multiple offerings before settling on Mr. Rojas’ work.

I still actively solicit agents. Beyond that I belong to more than 100 Facebook forums and post on many of them daily. I’ve joined six independent writing forums, work with co-promote.com, and have contacted local newspapers to tell them the story of a young heart attack survivor who has written a novel. I also donated a copy of the novel to my hometown library.

What projects do you have planned for the future?

I am working on a side story to Caleb’s Journey. It follows the adventures of Malachael before he became a monk.

Is there anything else about you think we should know?

That I made Caleb’s Journey as accessible as possible. It has no profanity or sex in it. I used what I learned about military tactics from my research in college to make the large scale battle as realistic as possible while throwing in some elements to make it more entertaining.

Thanks for swinging by Daniel!  Daniel has informed me that he's priced his work at 99 cents for a brief time in honor of this interview. Get it at Amazon, Barnes and Noble, or Smashwords!

Vote For Heroic Fantasy Writers in Preditors and Editors Poll 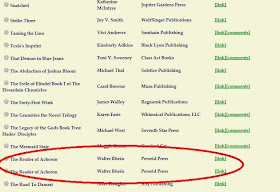 Hey Folks,
A lot of the writers who frequent the Heroic Fantasy group on Facebook have books listed on the Preditors and Editors poll.  To vote, all you have to do is click on the selection and provide an email.  My novel, "The Reader of Acheron" is featured (and it's listed twice for some reason),   To vote for it, just click this link and scroll down until you find it (it's in the Science Fiction and Fantasy novel category).

There are also a bunch of relevant books listed in the anthologies category which can be found here.  "Nine Heroes" is listed as well as "Poets in Hell" (also listed twice).

I also see there are several short stories by Teel James Glenn listed in the Science Fiction and Fantasy Short Stories category.  The story is "Witness to Death" which appears in "Nine Heroes."

I'm always a little skeptical about competitions like this.  I think they're designed to generate a good email list rather than really draw attention to any books.  However, I suppose it can't hurt to do well in a venue like this.  So please click here and provide a vote for "The Reader of Acheron." 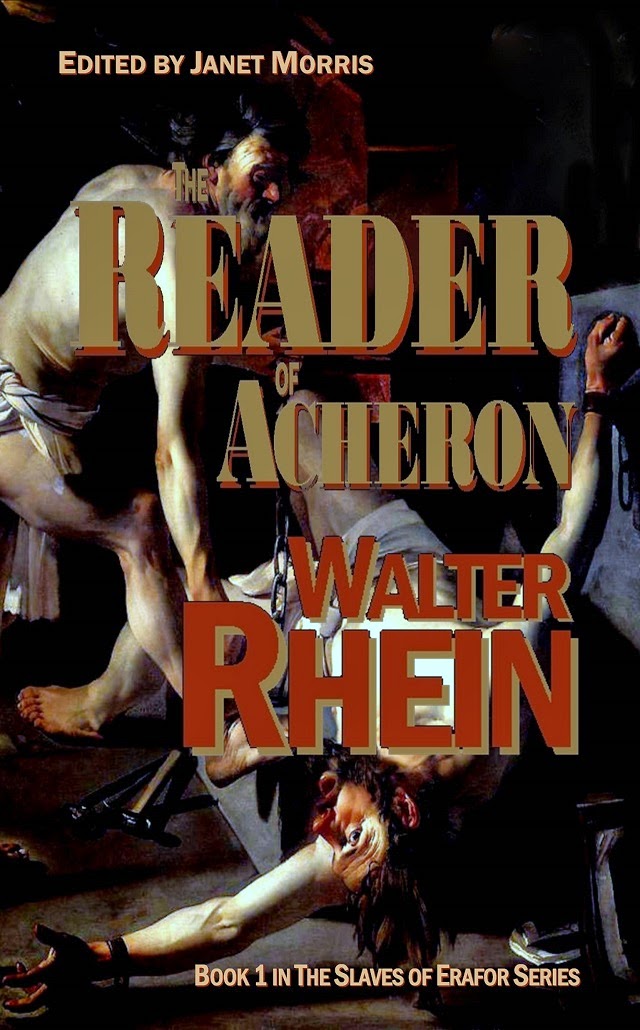